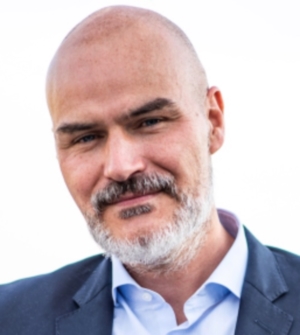 Dr. Emmanuel Letouzé is a development economist and demographer whose work focuses on the applications and implications of data, statistics, technology and AI for development and democracy in the Global South, especially Latin America, Africa, the Middle-East, and South-East Asia. He is the Director of Data-Pop Alliance, a non-governmental organisation he co-founded in 2013 with the MIT Media Lab, Harvard Humanitarian Initiative (HHI) and ODI. He is a Founding Fellow at MIT Connection Science, a Visiting Scientist at HHI, and a Marie Curie Fellow at the Universitat Pompeu Fabra (2021-23). Emmanuel co-founded the Open Algorithms (OPAL) project, which he directed from 2017-2020. He recently served as an appointed member of the European Commission’s Expert group on the use of private data for official statistics, is a founding member of the Technical Advisory Group of the Global Partnership for Sustainable Development Data (GPSDD), and was a Program Committee Member of the 1st and 2nd editions of the UN World Data Forum (2017 and 2018). He is the author of UN Global Pulse’s White Paper on “Big Data for Development” (2012), where he worked as Senior Development Economist, and of 2 OECD’s Fragile States reports. He previously worked as an Economist for UNDP in New York (2006-10) and in Hanoi, Vietnam, for the French government as a Technical Assistant on official statistics (2000-04). He holds a BA in Political Science and Economics (1997) and an MA in Applied Economics-Economic Demography (2000) from Sciences Po Paris, an MA in International Affairs-Economic Development (2006) from Columbia University, where he was a Fulbright Fellow, and a PhD in Demography (2016) from the University of California, Berkeley, where his dissertation focused on cell-phone data analysis for demo-economic research, followed by a post-doctoral position (2016-17) with the MIT Media Lab.